When I started this (now, sadly neglected) blog, many people asked me why I chose such an offensive title. One of the reasons, as I explained in my first post, was the reaction I (and many of my fellow lay brothers) receive when I tell people that I am not a priest -- "Oh, so you're just a brother." Rather than being offended by that remark, I find it to be ironic. Calling someone "just a brother" is like calling the Grand Canyon "just a ditch", or Mount Everest "just a hill". Being a brother to someone, I think, is about the greatest compliment that you can pay to someone. After all, Jesus came to be our brother, and if it is good enough for him, it is good enough for me!
This is a tribute to the first person to teach me about being brother -- my brother, Richard. We did not choose to be brothers to one another; we were just sons of the same mother and father. Over time, however, in increments too small to detect, we grew into being brothers in ways that went beyond genetics.
He was the trailblazer. Although I wanted to imitate him, in truth I could never match his bravery. To his credit, he never gave up on me and helped me to overcome some of my timidity. One instance that sticks clearly in my mind is the first time we went skiing in Colorado. I had spent a total of one hour on the "bunny slope" learning the basics of skiing, when he took me to the top of a black diamond trail -- the most difficult level -- and told me he'd see me at the bottom. I had some choice names for him when I finally caught up with him, but I felt a great sense of accomplishment that day.
It was only in my adult years that I learned that once, when he saw that I was being bullied at school, he let the bully know that he had better back off. That's the thing about being a brother -- you become so much a part of each other's life that you do not pay much attention to it. It is like the air; you only notice it once it is gone. Richard was like that for me -- always there for me, but never making a big deal of it. Now that he is gone, however, I feel the deep void in my soul. I know that the void will eventually heal, and as every wound does, it will leave a scar. I will cherish that scar, however, because it will remind me of what it is to be a brother.
Posted by JAB at 12:01 AM

What a beautiful tribute to your brother. I am sure he felt the same way about you! 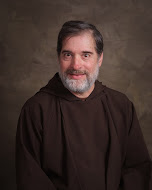